Presented by RACC in collaboration with the Russian and Slavic Studies Program, Hunter College, CUNY

Aftermath (Polish: Pokłosie) is a 2012 Polish film written and directed by Władysław Pasikowski. The fictional Holocaust-related thriller and drama is inspired by the July 1941 Jedwabne pogrom in northeast Poland in which the Jewish community of Jedwabne was murdered by their Polish neighbors with the complicity of Nazi German officials.

The film is a contemporary drama. It takes place in the fictional village of Gurówka in 2001. The story begins with the return of Franciszek Kalina (Ireneusz Czop) to his hometown in rural Poland after having lived in Chicago for decades. He learns that his brother Józef (Maciej Stuhr) is shunned by the community for acquiring and displaying on his farmland dozens of Jewish tombstones which he discovered had been used by German occupying forces as paving stones in a now abandoned road. Against the growing opposition of the town residents, the Kalina brothers attempt to learn more about what happened to the Jews of the village.

Attention:  To reach the lecture hall on time, please allow at least 15-20 min time after you check in at Hunter Hospitality Desk in the West Lobby (entrance next to the outdoor sculpture at the SW corner of Lexington Avenue and 68th Street; subway line #6).  After getting to the 3rd floor by the escalator, take the overpass to Hunter North Building and veer left to the stairs (or elevators), which will take you to the 5th Floor. When your reach it, go to the farther end of the corridor, then turn left.  The entrance to the Auditorium 510 Hunter North is the last door on your left. The screening starts at 5:30PM promptly. 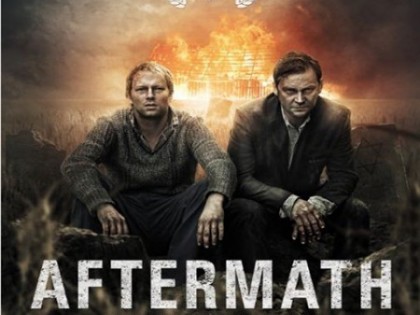