In her own words, Nicole Brun-Mercer: "The Golden Ring takes place in Moscow, St. Petersburg, and the historic "golden ring" cities Vladimir and Suzdal.

In her own words, Nicole Brun-Mercer: "The Golden Ring takes place in Moscow, St. Petersburg, and the historic "golden ring" cities Vladimir and Suzdal. The descriptions are based on what I saw while living in Russia from 1996-8. The characters and events are not real, of course, but are inspired by people and situations I knew, heard about or caught a glimpse of in the street. Russia has been changing at an incredible speed, as I witnessed when I returned in 2003, but for anyone interested in discovering the "real Russia" at the turn of the century, and not the Russia often described by filmmakers, novelists and even reporters, you should read this book. Russian expressions are interspersed throughout in order to further immerse readers in the country and culture. Those who have been to Russia say, "Yes, that's exactly what it was like!" and those who have not say, "I can't wait to go!"

During my readings, I also speak about my experiences living with a host family, teaching English at the American Home, a school employing Americans and Russians, and learning what "The Russian Soul" really means. My talks tend to attract Russians and students of Russian, travelers and would-be travelers." 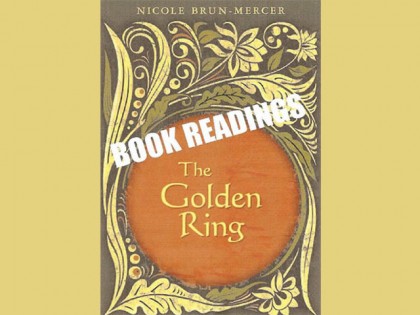