An Evening of Russian-American Literature, with the presentation of a New Book, and discussion by Paul La Farge and Wayne Chambliss.

An Evening of Russian-American Literature

Eugene Ostashevsky is a Russian-American poet writing in English. Today's reading celebrates the release of ITERATURE, a book of his poems published by Ugly Duckling Presse. His poems have also appeared or are forthcoming in Best American Poetry 2005, Jubilat, Fence, Boston Review, and other magazines. As translator of twentieth-century Russian poetry, Ostashevsky focuses on the absurdist OBERIU group, which was active in Leningrad in the 1920s and 30s and included Alexander Vvedensky, Daniil Kharms, and Nikolai Zabolotsky. His OBERIU: An Anthology of Russian Absurdism (Northwestern University Press, 2005) also features translations by Matvei Yankelevich. Ostashevsky's poetry and translations have won the New York Foundation for the Arts Poetry Fellowship and the Wytter Bytter Poetry Translation Prize.

Paul La Farge is the author of two novels, The Artist of the Missing and Haussmann, or The Distinction, which was a NY Times Notable Book for 2001. He is the 2005 recipient of the Bard Fiction Prize. He is currently working on two more novels.

Wayne Chambliss is a poet and translator of poetry. His work has recently appeared in Fence, Jubilat, Drunken Boat and numerous other literary journals. He resides in New York City. 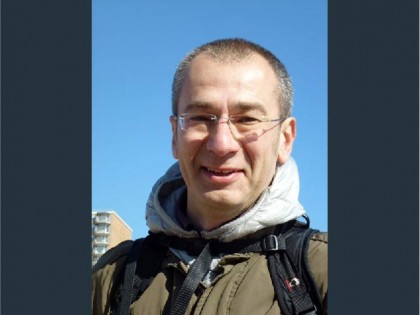