The bilingual reading from a newly released book A Unique Occurrence.

The bilingual reading from a newly released book A Unique Occurrence

Pavel Lembersky graduated from The University of California at Berkeley with a degree in comparative literature, did graduate work in film at San Francisco State University, and worked on film projects with Jonathan Demme and Spalding Gray, among others. Pavel writes his prose primarily in Russian and his screenplays primarily in English. He authored three collections of short prose in Russian, River #7 (New York, 2000), The City Of Vanishing Spaces (Tver, 2002),and A Unique Occurrence (Moscow, The Russian Gulliver, 2009). His work appeared in The Anthology of Short Stories (ACT, Moscow, 2000) and A Unique Occurrence made the long list for the Russian Prize in 2009. His short stories have appeared in literary magazines in Moscow, New York, Munich, Jerusalem, and Helsinki, and have been translated into English, German, and Finnish. The German translation of Fluss #7 (Frankfurter Verlagsanstalt) came out in 2003. Six of his stories open the 2006 issue of the literary magazine Kommentarii and his work is featured in online TextOnly (2006-2007) magazine. His short stories in English translation have appeared in the Words Without Borders magazine of international literature. Pavel covers the New York literary, theatre and film scene for the Moscow magazines Foreign Literature and Teatr and is a columnist for Snob magazine. 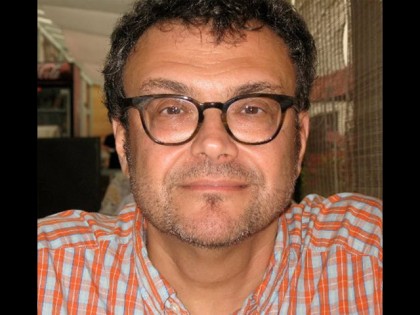